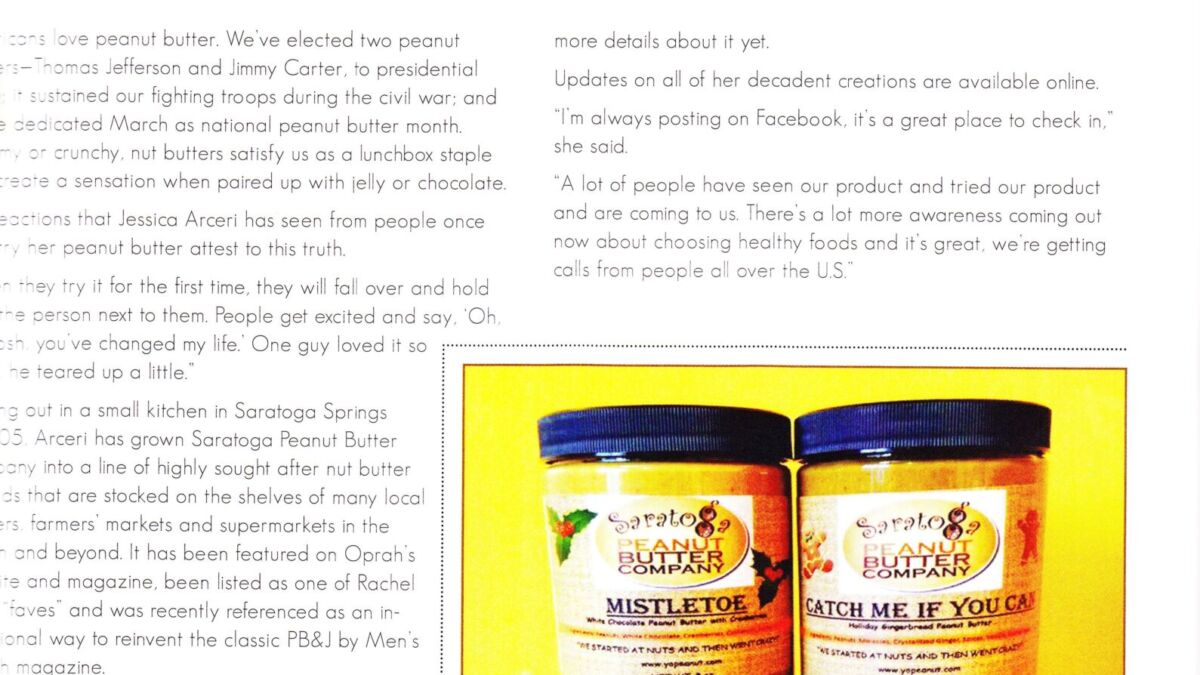 “Man cannot live by bread alone; he must have peanut butter.” – James A. Garfield

Americans love peanut butter. We’ve elected two peanut farmers- Thomas Jefferson and Jimmy Carter, to presidential office; it sustained our fighting troops during the civil war; and we’ve dedicated March as national peanut butter month. Creamy or crunchy, nut butters satisfy us as a lunchbox staple and create a sensation when paired up with jelly or a chocolate.

The reactions that Jessica Arceri has seen from people online once they try her peanut butter attest to this truth.

“When they try it for the first time, they will fall over and hold onto the person next to them. People get excited and say, ‘Oh, my gosh. You’ve changed my life.’ One guy loved it so much, he teared up a little.”

Starting out in a small kitchen in Saratoga Springs in 2005, Arceri has grown Saratoga Peanut Butter Company into a line of highly sought after nut butter spreads that are stocked on the shelves of many local retailers, farmers’ markets and supermarkets in the region and beyond. It has been featured on Oprah’s website and magazine, been listed as one of Rachael Ray’s ‘faves” and was recently referenced as an inspirational way to reinvent the classic PB&J by Men’s Health magazine.

Using all high-quality ingredients made in the U.S.A., with no added preservatives and naturally gluten-free, Arceri ensures that her products are always very fresh and healthy.

“Peanut butter, to me, should be basically just peanuts and a little salt,” she said, and her “Plain Jane” flavor is just that. Her son, Abe, inspired her to create the “Monkey Boy” blend of banana raisin peanut butter and she didn’t stop there. Her line of plain, peanut butter blends and almond butters is regularly updated with seasonal varieties and new recipes. This holiday season, a surprise blend is due to join the pumpkin peanut butter and gingerbread peanut butter already on the menu, said Arceri but she isn’t giving away any more details about it yet.

Updates on all of her decadent creations are available online.

“I’m always posting on Facebook, it’s a great place to check in,” she said.

“A lot of people have seen our product and tried our product and are coming to us. There’s a lot more awareness coming out now about choosing healthy foods and it’s great, we’re getting calls from people all over the U.S.”

We were featured in the holiday 2014 issue of Simply Saratoga in their Buy Local section. In this section, Saratoga Peanut Butter Company was highlighted on how we started and what we have become. 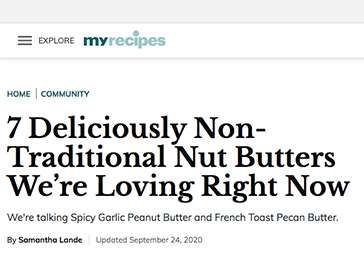 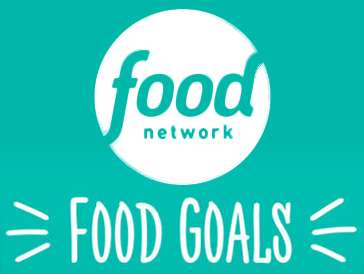 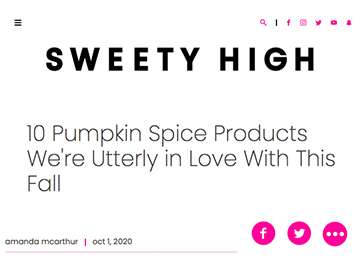